How to Increase Productivity by Separating Thinking and Doing

Every time I picked up the phone, I put another paperclip into the jar on my desk.

I was playing a simple game with my work, to make it more entertaining (and achievable). The list in front of me had 10 names and phone numbers. Every time I dialled a number, I put a paperclip into the jar. My goal was to make 50 outbound calls for the week, and by gamifying the activity, I provided myself with clear goals (make 50 calls), rules (1 paperclip in the jar for every call), and feedback (is the jar full yet?).

This little game helped me measure my progress, but what really amplified my momentum was dividing my mindset in twain.

The mindset that you use for doing your work is very different than the mindset you use for planning your work. If you stop every few moments to reprioritise, to challenge your assumptions, to wonder if you are doing the right thing, you can lose focus and momentum by derailing your progress.

I was able to fill my jar of paperclips, and make 50 calls per week, by separating thinking and doing. First I put on my Thinking Cap – I wrote a list of everyone I was planning to call, put them in order, wrote a list of questions to ask in each conversation, and collected all of the phone numbers I would need for a ‘boiler room’ session of outbound sales calls. That was the thinking.

Then I put on my Doing Cap, and I did the doing. Depending on how many people answered the phone, 10 calls could take anywhere between 30-90 minutes, with good preparation. If I didn’t prepare, 10 phone calls could take most of the day.

On the days when I did not separate these two mindsets, my results were reliably inferior. When I had to stop between every call, look up a phone number, and figure out what to say to the next person, my call counts were much lower, and it took me more time.

By batching similar work together, I was able to eliminate switching cost – the inefficiency that accompanies poorly planned work.

Making things happen is easier if you separate thinking and doing.

You can get very busy doing things that you don’t need to do right now, or you can stay in one mindset until it’s the right time to transition.

Think of a plane cruising at 30,000 feet above the ground. From that vantage point, you can see far in all directions. Any slight change of direction can have a massive impact on where you end up.

This is very different than a plane on the runway. On a runway, you can’t go very far, or very fast, but you can turn on a dime. You can take on and let off passengers. There are things you can do from the runway that you can’t do from 30,000 feet, and vice versa. Anytime you switch between these two states – up in the air, or down on the ground – there is a switching cost. You have to take off, or you have to land. Either transition will take a lot of fuel, time, and attention.

If the plane stops to change passengers every hour, is it going to get very far? No, it’s going to spend most of its time switching between flying and landing. But if you reach cruising altitude and stay there, you can go farther and faster.

The same is true of your mindset.

Dr Joshua Rubinstein published research in the Journal of Experimental Psychology called ‘Cognitive Processes in Task Switching.’ They gave participants a series of small tasks – things like pattern recognition of shapes, simple mathematical problems, and reading the names of colors that were written in words of a different color. Sometimes they gave the same kinds of tasks repeatedly, and sometimes they switched tasks, so they could measure the difference in the time it took to complete similar and different kinds of tasks, both before and after switching to something new.

What they found was that time switching costs were reliably higher when the complexity of the problems increased. Switching away from and back into multiplication tasks, for example, took 3.5 times longer than switching from addition or subtraction. Time switching costs also increased when doing something unfamiliar, but were not as high for familiar tasks.

Doing something new is quantitatively more efficient if you’re not trying to multitask other things you don’t know how to do at the same time.

You can do anything you want, just not all at once.

If you set goals for yourself, then you have an inner boss and an inner employee. There’s the part of you that decides what to do, and the part of you that does it. Chase Reeves calls these two states ‘CEO mode’ and ‘worker bee mode.’ Some creative solopreneurs may chafe at this delegation-style framework, so you can also think of your two mindsets as your inner patron, and your inner artisan – the one who commissions the work, and the one who crafts the art.

We need both of these mindsets, and we use them every day, but we can trip ourselves up if we switch between them too rapidly. All our time and attention will be spent in switching, instead of doing what needs to be done (or planning the best way to do it).

‘Use your creativity and mental horsepower to figure out how to do the work, not what the work is,’ says Charlie Gilkey, author of ‘Start Finishing.’ Your Thinking Cap can help you plan the work that matters most, but it can distract you from getting it done. Your Doing Cap can help you finish what you’ve started, but only if you stay focused on what you are doing without stopping to think.

Don’t put on a new cap until you take off the other.

You can do one thing well at a time, or two things badly at once, if they require different parts of your mind. Dr Robert Sperry won the Nobel Prize in 1981 for documenting something known as ‘brain lateralization.’ He demonstrated that we don’t have 1 brain with 2 halves, we have 2 separate, competing minds within our brains. They each have different tendencies, capabilities, advantages, and disadvantages.

Psychoanalyst Carl Jung referred to this phenomenon as his ‘two personalities.’ One was ordinary and mundane, while the other was powerful and wise. He could switch between these personalities as he needed; if he was on the last mile of a long trek between cities, his ordinary mundane personality would help him reach the end of his journey. But his powerful, wise personality, questioning whether he should take the trip at all, would not be welcome during the last leg of the journey, but would have been the right voice to heed when deciding whether or not to go.

Use the different sides of your personality for the tasks to which they are best suited. Gather the benefits of being in a state of flow before you interrupt yourself.

Think first, do it later; then, do it without thinking.

What is your most productive time of day? Morning, afternoon, or evening?

Which is best during that time? Thinking, or doing?

I find that spending 30 minutes after lunch doing administration tasks is a great way to keep these minor, mundane actions (urgent, but not important) from clogging the rest of my workday – but I have to collect and sort those tasks at a different time. When I first sit down at my desk after eating a midday meal, I don’t have the clarity of mind to decide what to do, but I do have a little bit of energy to do things that have already been decided.

Don’t put on your Doing Cap until you take off your Thinking Cap completely.

This article is an excerpt from my next book, Playful Productivity. To get notified when it’s ready, sign up for the wait list here. New year, new goals: Set yourself up for success in 2023 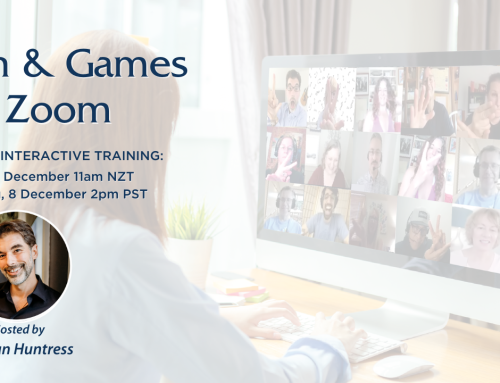 The Game-Changing Power of Playful Productivity 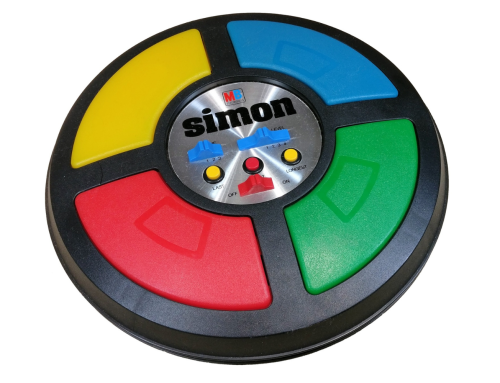 Games help you fail better, to learn from your mistakes 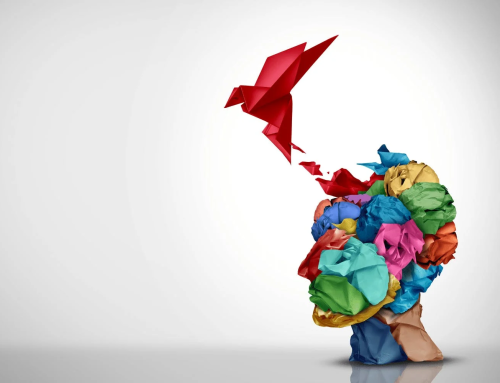 The 5-Step Creative Process: How to Create Something from Nothing