Ten Things I Really Miss About Living In Costa Rica

It’s been more than a year since I left tropical paradise, and wrote about the Ten Things I Will Not Miss About Living In Costa Rica.

As absence makes the heart grow fonder, now I’m homesick for that wonderful place. Here are the ten things that I miss the most.

1. Wearing Tank Tops All The Time

It’s sunny and bright in Costa Rica before 2pm nearly every day of the year. If it happens to be the rainy season, you might get a downpour for a couple of hours in the afternoon, and that usually clears up before sunset.

I miss wearing tank tops and yoga pants, dressing for comfort and ignoring style. Every day, I would bathe in the sunshine for hours at a time, surrounded by the raucous sounds of the jungle. 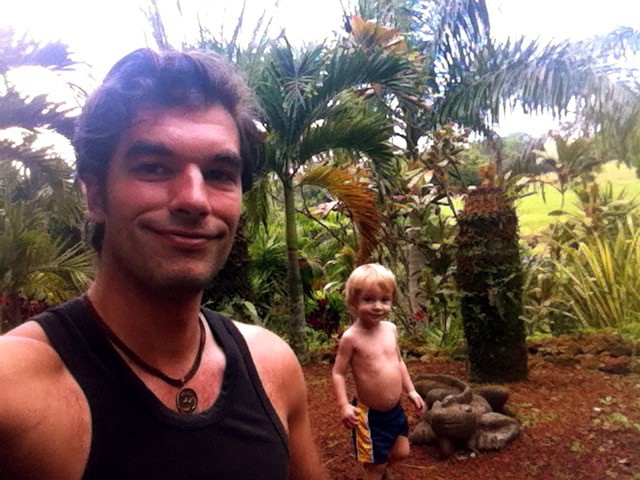 Every week, we bought our groceries from the weekly farmers market, which was the cultural, economic, and social hub for the entire Southern Pacific valley. Farmers from all over would bring their wares to sell on Thursday morning, and all the gringos would get there early, before the organic farmers sold out of produce.

The Feria was our weekly 3-hour visit with everyone we knew. For some people it was the only time they came off their farm all week. We could trade stories, share meals and pipas, learn about exotic new fruits that tasted like lemon meringue pie, all while doing our grocery shopping. It was the high point of the week. 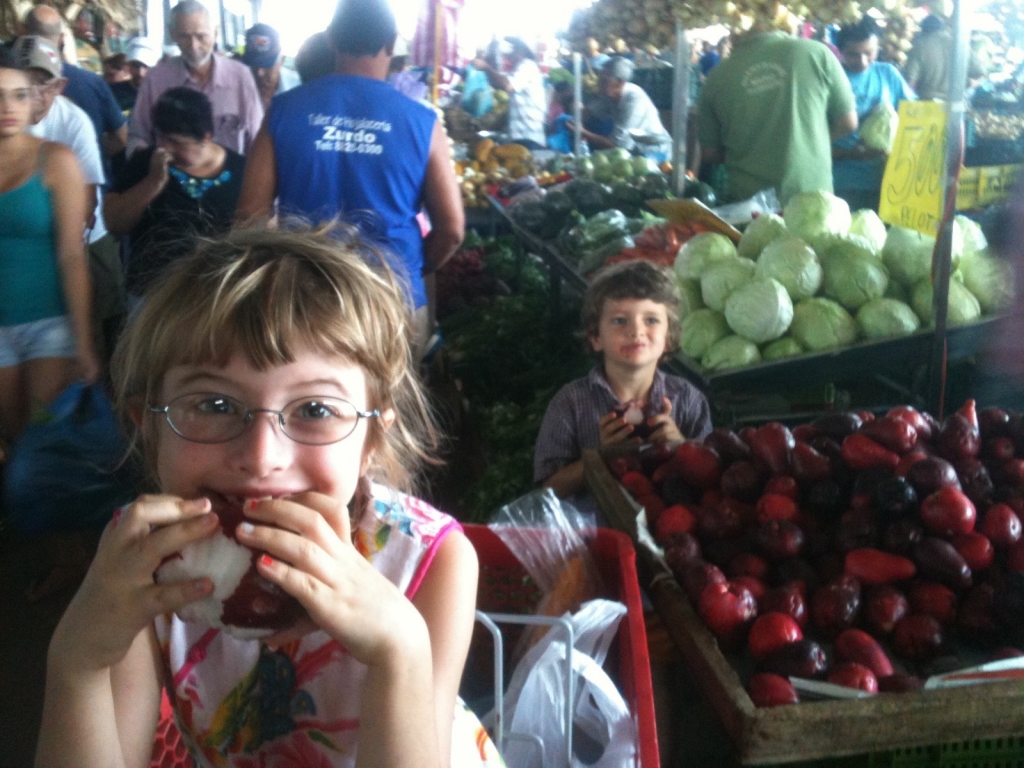 This literally translates as “Make a gift to me of,” and is used to request anything from a menu, an answer to a question, or a helping hand. The polite way to ask for things in Costa Rica is not to demand, but to request a that the other person be generous and give you a gift. 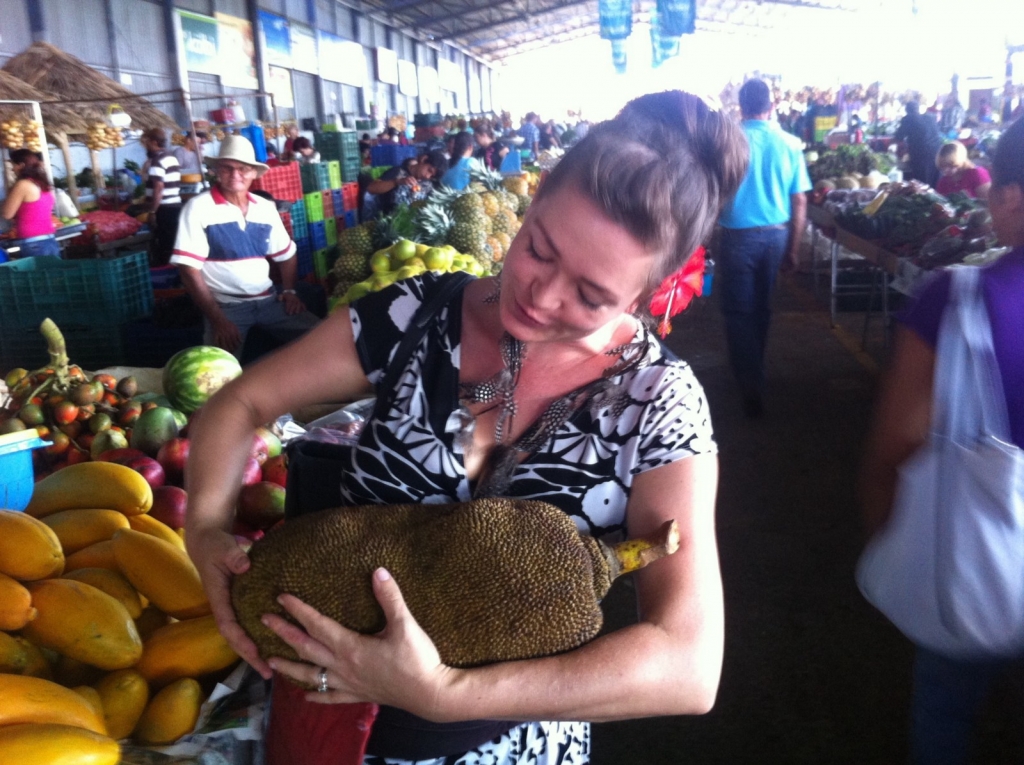 Locals in Costa Rica (the Ticos) don’t dress so casually. They take great pride in their appearance, and tend to their garments very carefully. By dressing so different, I was visually identifiable from a distance as ‘other.’

Blending in has never appealed to me. I enjoy living outside of the norm, and being visibly different than others can give me a degree of comfort.

The gringos in Costa Rica are a class apart. ‘Extranjeros,’ as we are called, are not expected to dress the same, talk the same, or act the same as other Ticos, and we are given a pass for our behavior. During my time in Costa Rica, my character actually got a little more bizarre, because being an extranjero placed me categorically outside of the norm. 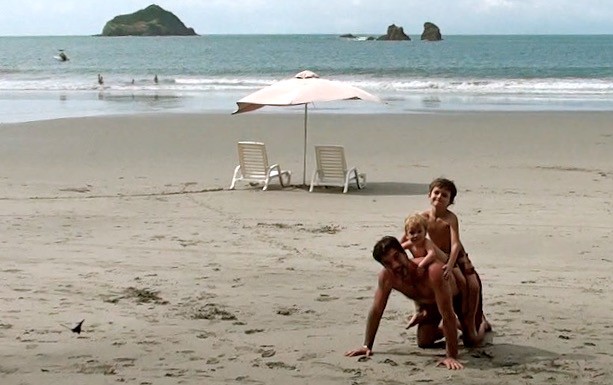 Translated, this means “little by little.”

Sure, you may not finish what you set out to do, because things often don’t work out the way they are supposed to in Costa Rica. It’s accepted that you might not finish whatever thing you started, and in a resigned way, it’s appreciated that you tried.

So long as you are making modest progress, however tiny, you are moving in the right direction; and, poco a poco, you will get there.

Or not. But that’s fine. 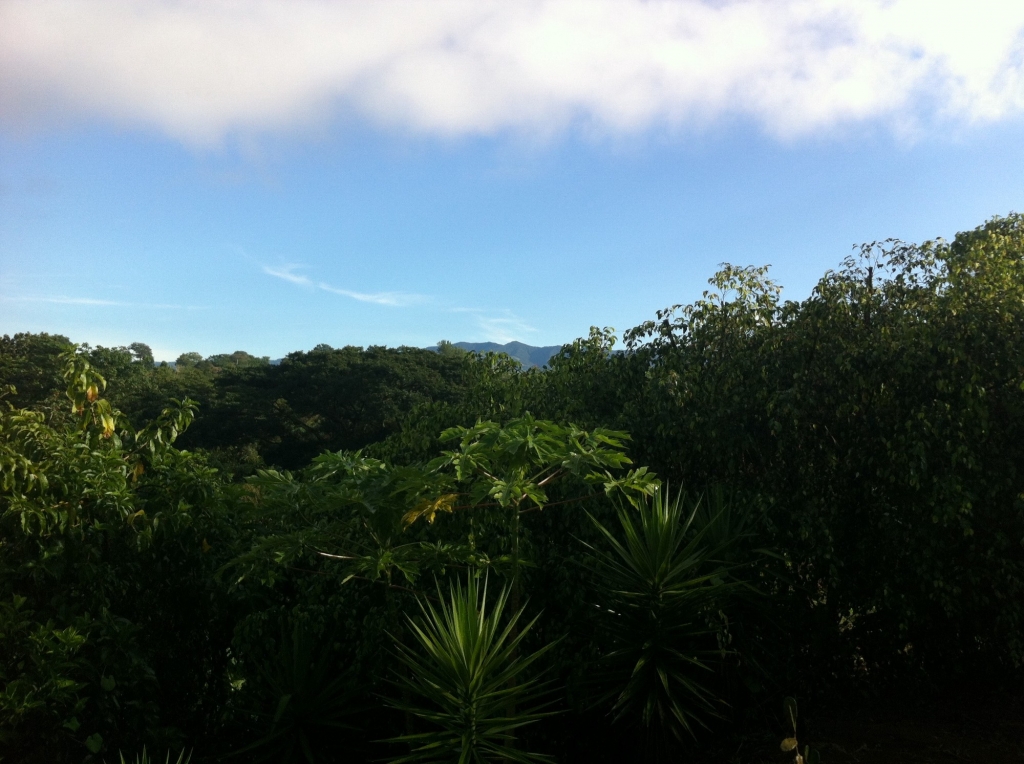 The daily chores that come with running a household where small children outnumber grown-ups is taxing. Having a neighbor come to the house every day to wash the dishes, sweep the floors, do the laundry, and pick up after my messy toddlers was a true source of pleasure and ease in my life.

We paid our housekeeper $3 an hour, which was a really good wage. She made more than her father by working for us. The minimum wage in Costa Rica is 900 colones, or about $1.80 an hour. In the campo where we lived (way out in the jungle) many employers paid 700 colones per hour.

We liked paying our domestica well, because she appreciated the job so much that she did excellent work. We weren’t able to eradicate poverty in the campo, but, poco a poco. 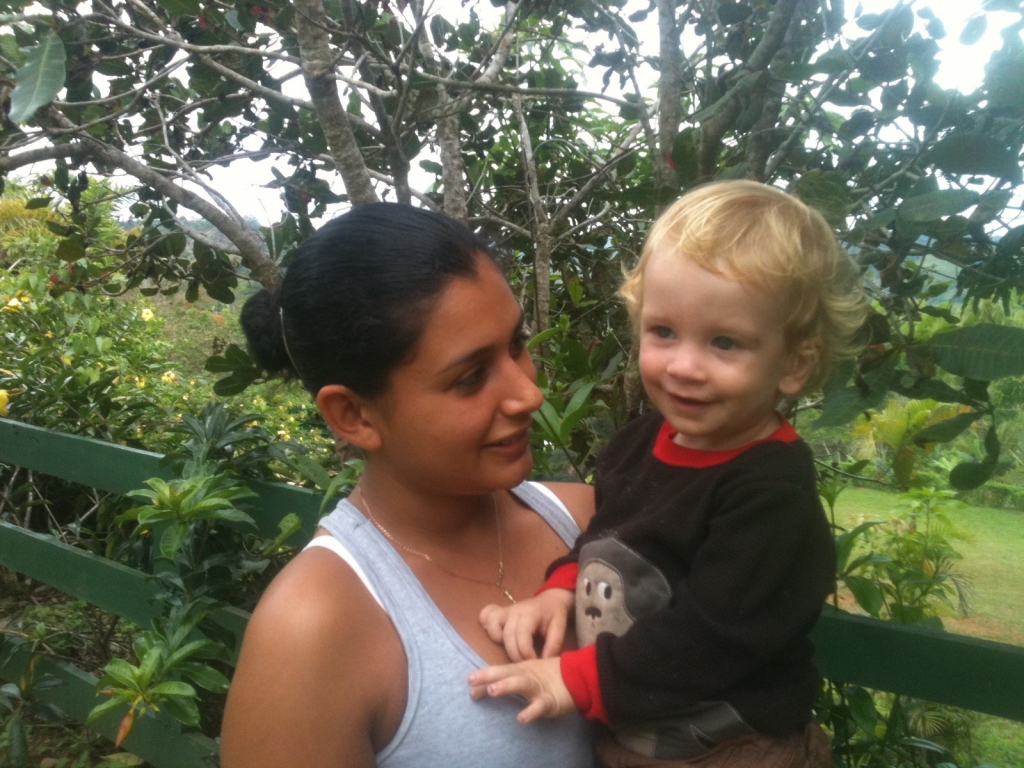 The second person (you) in Spanish will vary from culture to culture.

In Mexican Spanish, you use ‘tú’ for most everyday communications, but talking to a boss or in formal speech, you use the 3rd person conjugation, ‘Usted.’ This can be roughly translated as ‘the gentleman’ or ‘the lady,’ and shares conjugation with ‘he, she, and it’.

In Costa Rica, the ‘tú’ form of a verb is very rarely used. Everything is ‘Usted,’ even among close friends.

Unless you are speaking with someone close to you, about a private topic.

Our domestica knew I was sick, and saw my clenching my hand against my stomach. ‘Estas bien?’ she asked, using the rare second person.

This was the first time a Tico had ever used the second person with me. It was very intimate, and it made it special. 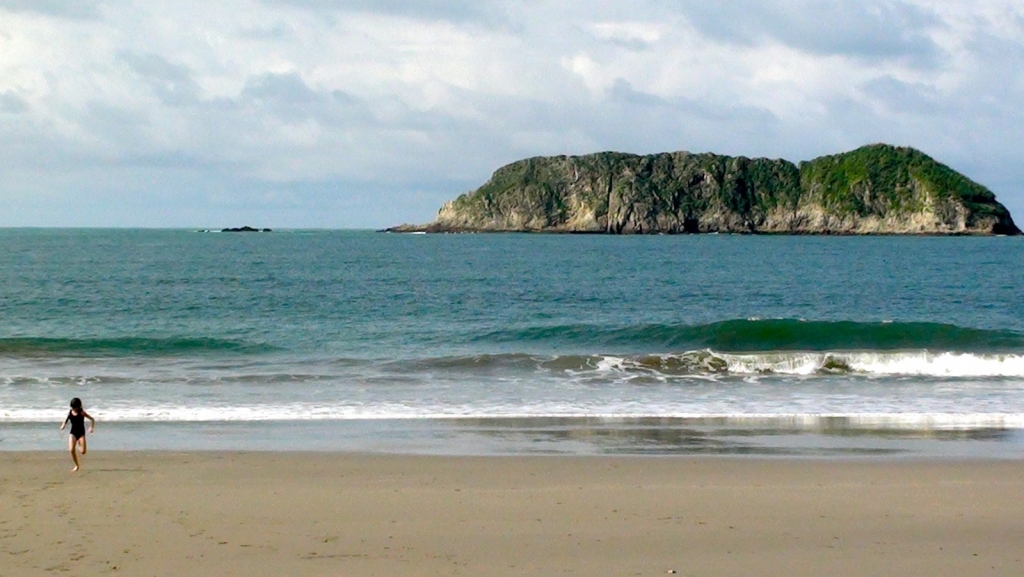 “Take it easy, pal.” When someone is agitated or upset, the universal advice is ‘tranquilo.’ The well-known ease of Costa Rica comes across in this common word, which can be used to describe a mood, a presence, or the ultimate end goal of everything you’re doing in life.

Costa Rica is a famously peaceful country. They have no standing military, direct criticism of another person is a serious social breach of etiquette, and legend has it there has never been a barfight in the country (drunken tourists excluded, of course). This makes every interaction more relaxed, because confrontation is not part of the culture, and I miss being able to let my guard down with strangers. 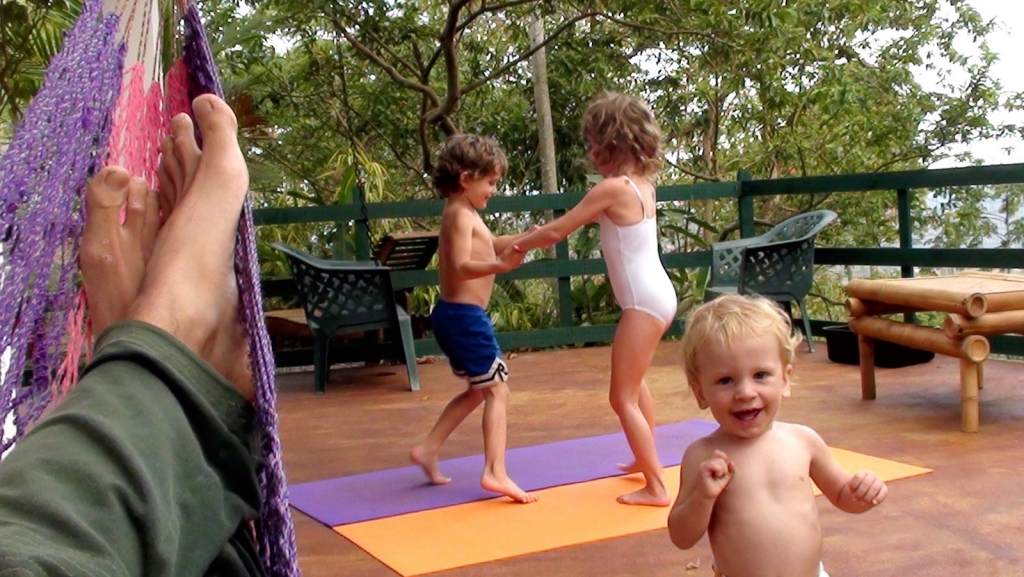 Costa Ricans do not fear bankruptcy when they hurt themselves, like we do in the States. Everyone in the country is taken care of by the Caja, the state-run medical system. The doctors in the private system are much better, of course, but because they are competing with free socialized medicine, their fees are not nearly as exorbitant as US doctors.

Living in a society where everyone’s basic needs are met gives a very different energy to the culture. There was a lot less fear, especially among older folks, than I find here in the US. 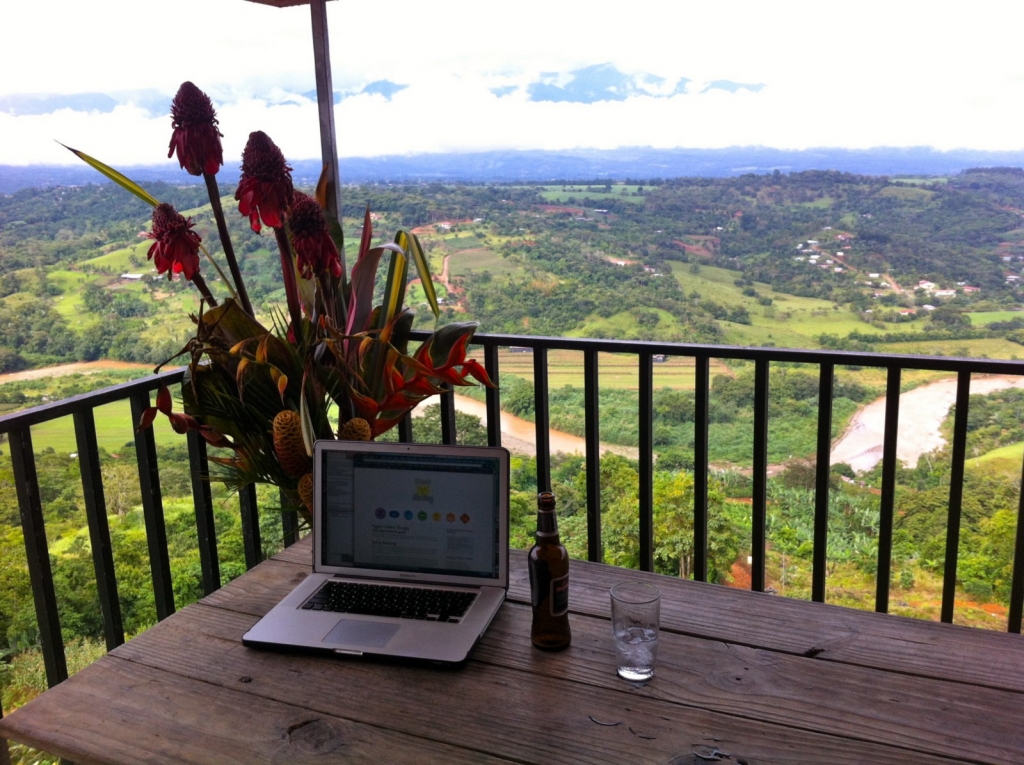 When someone says gracias, or ‘Thank You,’ residents of most Spanish speaking countries reply with de nada — think nothing of it. You owe me nothing for this, let’s reduce the balance to nada.

In Costa Rica, when you thank someone, they reply with con gusto, ‘with great pleasure.’ The word ‘gusto’ itself provides an example of how much helping another is taken as a gift. It’s serious business. 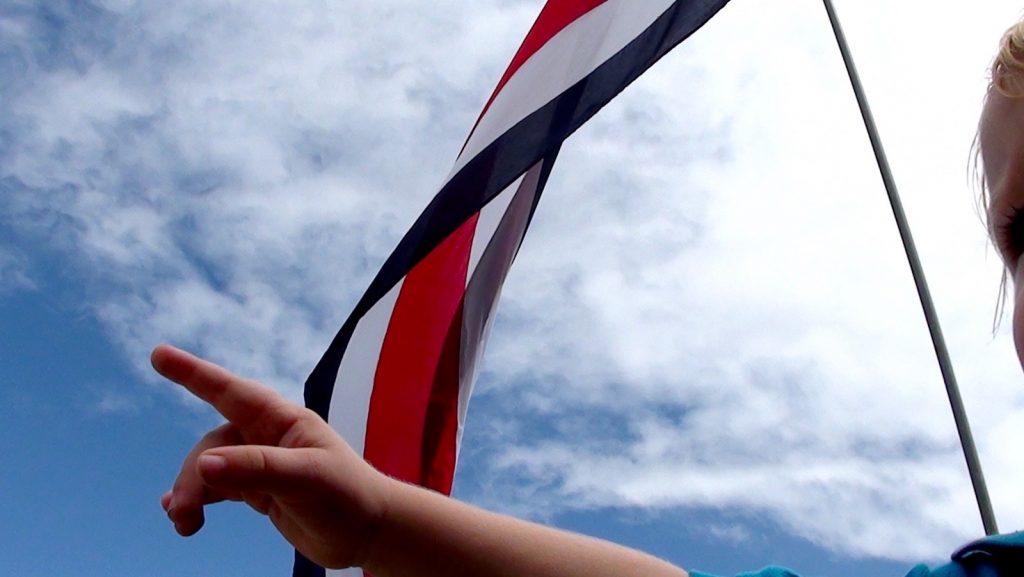 Going Back to Costa Rica

Planning a trip back to the land of Pura Vida for a nice long stay is something we are always considering. We’re gypsies, and we travel where the wind takes us. Hopefully sometime soon, it will bring us back south to the tropics, to the land where my son was born.